In forex trading, commodities, or securities, prices always move up and down. This happens because of supply and demand. But the increase (and decrease) in prices does not last forever. Sometimes the price stops at a point, and then reverses direction. To find out when price movements will stop and reverse direction, one of them is by using the analysis of Support & Resistance. 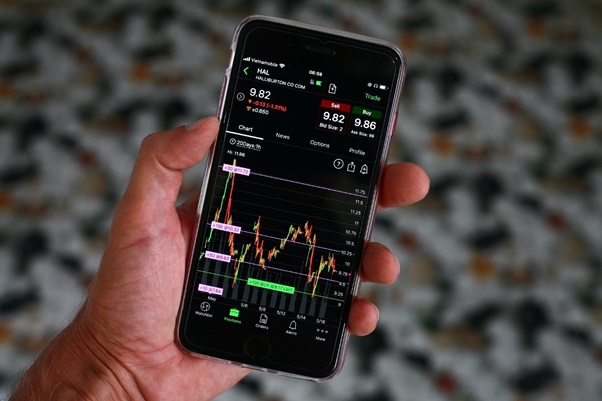 Support & Resistance is one of the techniques most often used in technical analysis. A trader is certainly obliged to master this technique in order to obtain optimal results, while minimizing losses. Is that right? Then, what exactly is Support & Resistance?

Support is the price level at which demand is thought to be strong enough to prevent the price from declining further. Simply put, an area of support is where the price of an asset tends to stop falling. When touching a support level, prices seem to bounce back up. But if this support is successfully broken, the price will go down to find a new support level.
Support can also be interpreted as the "lower limit" which is likely to be impenetrable by a declining price movement. The support line is often used by traders to start buying securities, because it is estimated that the price will not go down again, and will rise after touching the line. 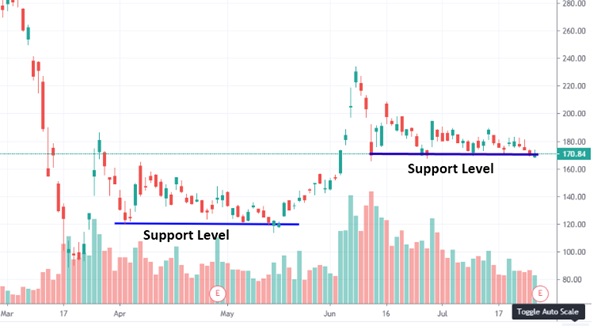 Support levels are usually below the current price. But where is the support level, each trader has a different opinion. As we know, technical analysis is not an exact science. The form does not have to be a line, some traders and investors establish a support zone.

If Support is considered the "bottom" price of a security, then Resistance is the "upper limit". Resistance is the price level at which selling is thought to be strong enough to prevent the price from rising further. This level is used to determine whether price movements will continue or reverse direction. 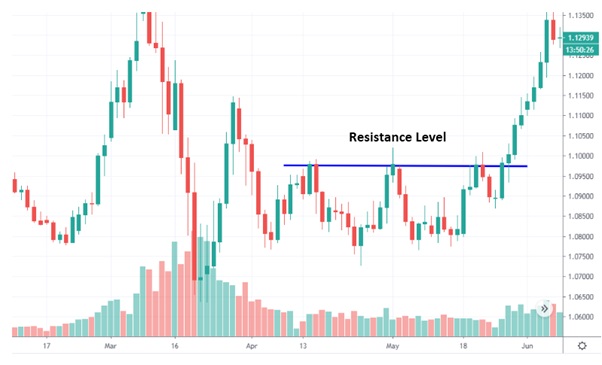 Economically, Resistance can be interpreted as a level where supply (selling action) is quite large, while demand has begun to decrease. As a result, market prices will tend to fall at that level. But if the price turns out to continue to rise and the resistance level can be broken, then the resistance level that has been broken will become support. The price will then move to find a new resistance point.

The resistance area is generally a reference for traders not to buy securities because the price is already considered expensive. In such conditions, traders start selling securities to take profits, so prices start to be depressed and come back down.

How to Determine Support and Resistance?

To determine the level of Support & Resistance, there are several ways you can do, which are as follows.

This is the simplest way to determine Support & Resistance levels. The steps are:

Support & Resistance are not always horizontal lines. Both can be slanted (diagonal) as if forming a trendline (upward / downward). To make a diagonal line can be done in a way:

In addition to using lines, many traders also use numbers as a benchmark for Resistance Support levels, for example US$ 100, US$ 110, or US$ 150. These numbers often represent a psychological turning point for traders to determine buying or selling decisions. 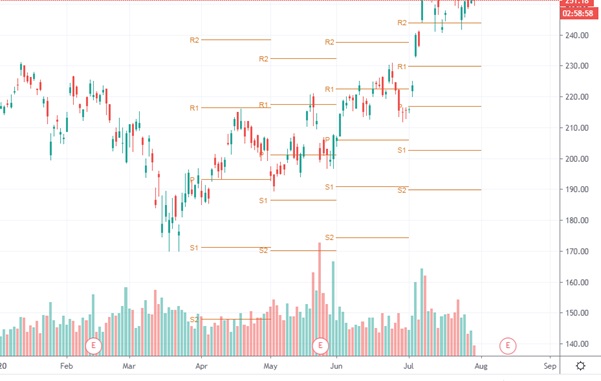 The following is how to calculate Pivot Points: