Moving Average Convergence Divergence (MACD) is one of the most popular trading indicators. This indicator, created by Gerald Appel in 1979, was designed to show the direction of the trend, measure the strength of the trend, momentum, and identify whether a trend will reverse direction.

Many traders use MACD because it is considered very simple and effective to show the direction of trends and market momentum. But before learning more about MACD, it is very important for us to understand the concept of moving averages. A moving average is simply a line that represents the average value of previous data in a predetermined period.

To find out more about MACD, there are several main components of MACD that you should know about. The standard MACD on the Metatrader platform has the following components.

MACD Line is calculated by subtracting the 26-period Exponential Moving Average (EMA) from the 12-period EMA, (EMA 12 - EMA 26). The period can be changed according to preference (minutes, hours, days, weeks, months). However, this article will focus on a daily timeframe. 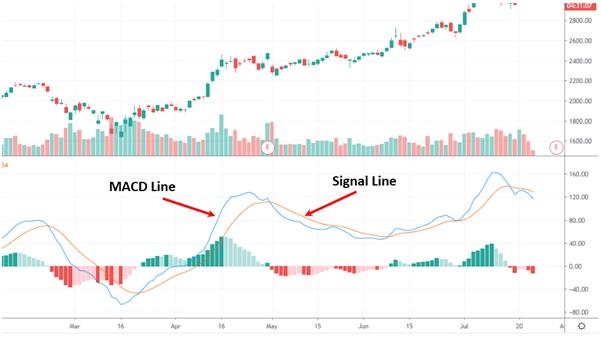 Signal Line can be used to indicate a change in the momentum of a trend. Traders may buy the security when the MACD crosses above its Signal Line. Under these conditions, the market is in oversold momentum. Conversely, when the MACD crosses below its Signal Line, this becomes a signal for traders to sell the security. Under these conditions, the market is in overbought momentum. 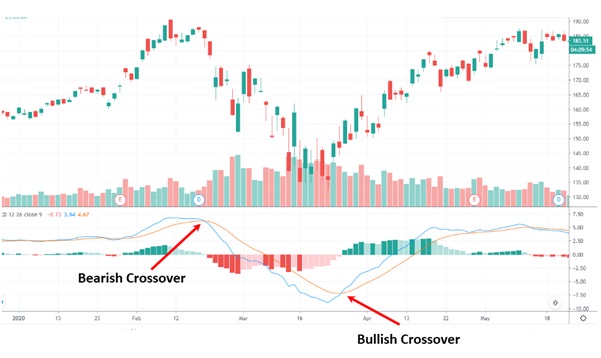 In addition to being applied to MACD, Signal Line can also be applied to other technical indicators, including Stochastic Oscillators. The Signal Line is not an indicator, but it is commonly known as a "trigger line". So, it will be calculated differently for each indicator it is used in. 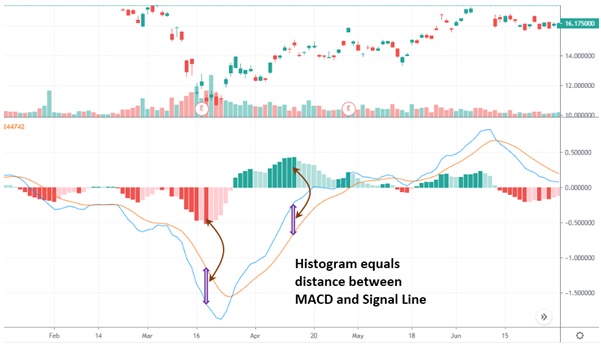 The size of the long histogram shows a strong price movement. When a new trend is formed, the MACD-Histogram is generally short-sized and then increasingly elongated. The peak of the trend occurs when the market moves at full strength, and this is marked by the longest histogram bar. Then when the momentum starts to weaken, the size of the histogram bar will get shorter, and the MACD area starts sloping and looks smaller. 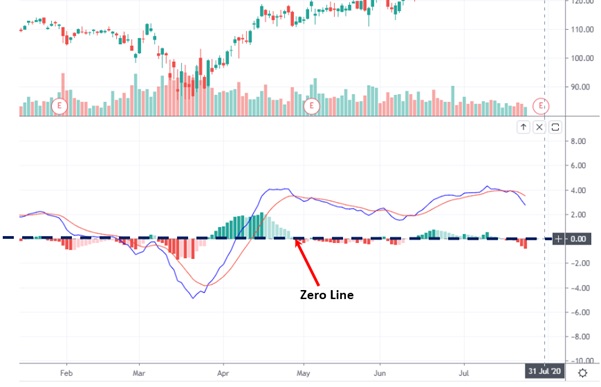 Otherwise, a bearish centerline crossover occurs when the MACD Line moves below the Zero Line to turn negative. This happens when EMA 12 moves below EMA 26. This can be used to confirm a downtrend.

In trading activities, convergence is a condition in which prices and MACD move as if they will unite. In this condition, the price moves down while the MACD Line moves up. This is a sign of the end of the downtrend.

Meanwhile Divergence is a situation where prices and MACD move as if they are distant from one another. When price makes a new swing high, the MACD Line actually moves down. The Divergence can show a reversal signal. When prices tend to rise (forming a higher high) but the MACD area actually decreases (creating a lower high formation), it indicates that the uptrend will end soon. The signal of the end of the uptrend is due to price increases not supported by strengthening momentum. 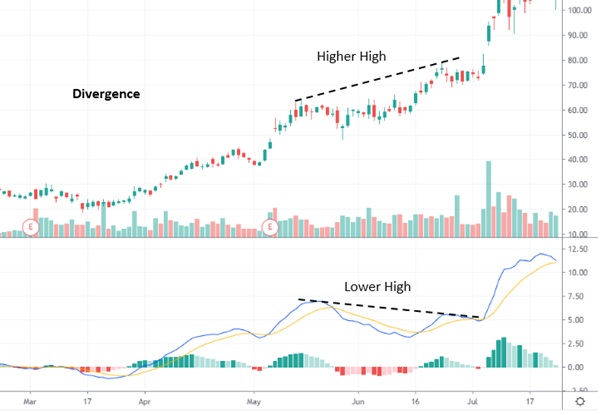