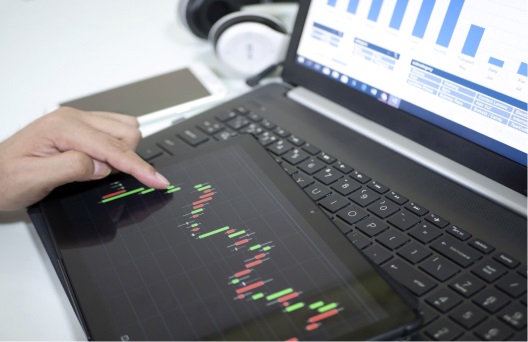 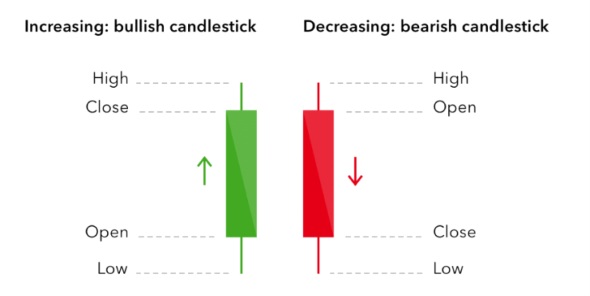 There are several basic patterns of candlesticks that must be known when analyzing price movements. Some of them are as follows.

Marubozu is a candlestick that has no shadow. Even if there are, the shadows are generally very short or almost invisible. This candlestick has a relatively long body. There are two types of Marubozu, namely Bullish Marubozu (White/Green Marubozu) and Bearish Marubozu (Black/Red Marubozu). 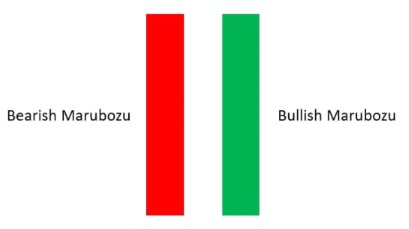 Long candle is a candlestick with a relatively long body. There are two types of long candles, namely Long Bullish Candle (green) and Long Bearish Candle (red). Unlike Marubozu, Long Candles have shadows that are clearly visible. 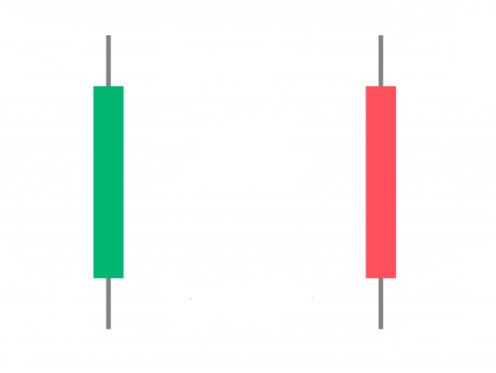 Spinning Tops are candlesticks that have long upper and lower shadows, but have a short body. Traders generally don't really care whether the body of the Spinning Tops is green or red. This candlestick illustrates "market indecision", whether it will strengthen or weaken. 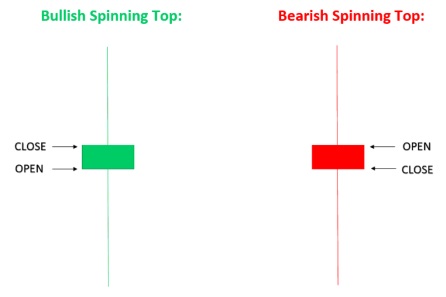 Doji are neutral candlestick patterns. Doji do not have a body, because the opening and closing prices are the same. A Doji can have a shadow, but its size is so short that it's hard to see, and at first glance like a thin line. The Doji candlestick pattern illustrates a balanced fight between buying pressure and selling pressure. 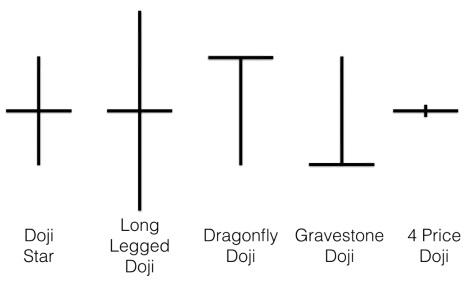 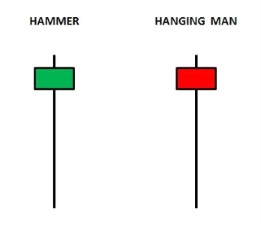 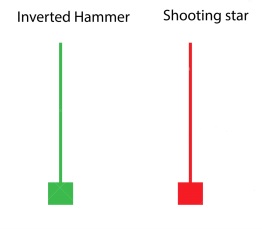 The engulfing pattern consists of 2 candles, where the last candle "engulf" the previous candle with a longer body candle. This Engulfing Pattern will be more valid if the candle has a short tail or no tail. In a trending market, Engulfing Patterns signal a reversal trend. This pattern shows a strong momentum shift from Sell to Buy during a downtrend, or from Buy to Sell in an uptrend. The stronger the trend, the higher the probability. 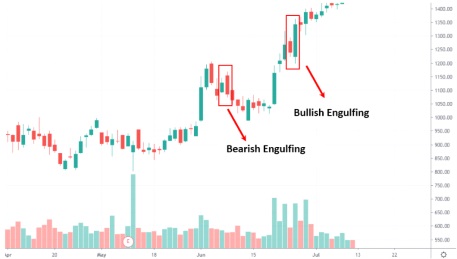 Harami is a Japanese word that means "pregnancy". Why is it called like that? Because Harami candle patterns are formed from two candles where the two candles form a pattern like a woman who is pregnant. The size of the second body candle is always smaller and is within range (in the womb) of the first body candle. 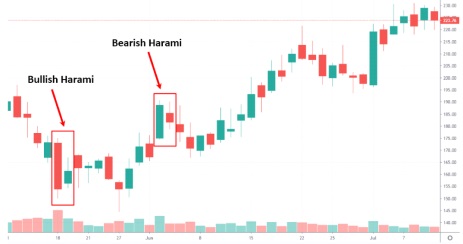 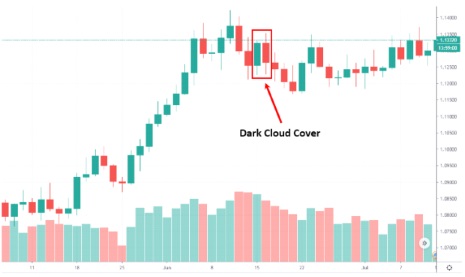 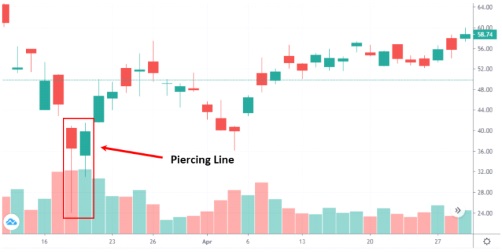 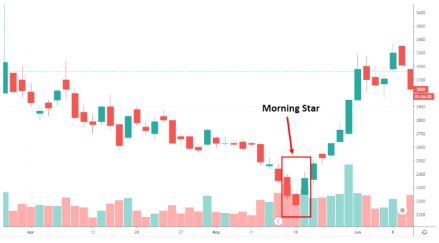 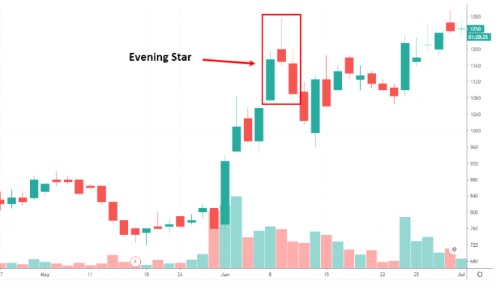